Most pubs and clubs had summer competitions and they were very competitive and well supported, sadly over the years these have dropped off one by one and now there is very little skittles for those who wish to play. 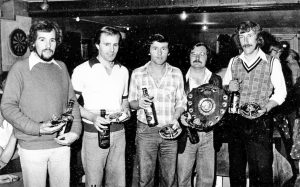 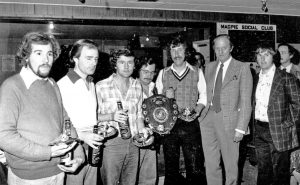 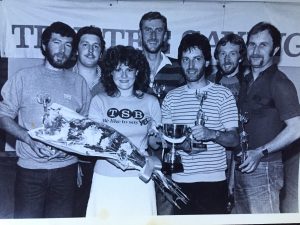 The D&DSL ran a Nomination Cup during the summer for a few years, this Echo cutting is from 2008 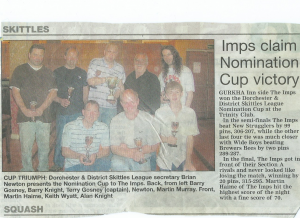 The Committee at the Blackthorn British Skittles Championships 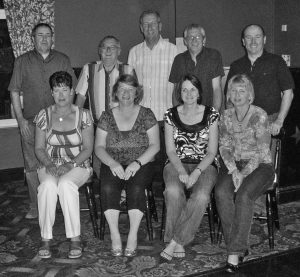 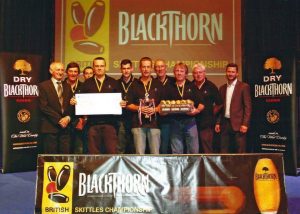 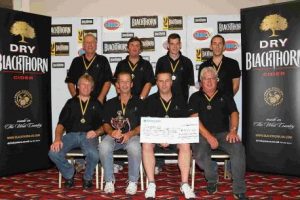 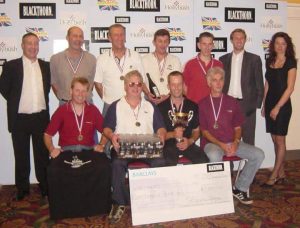 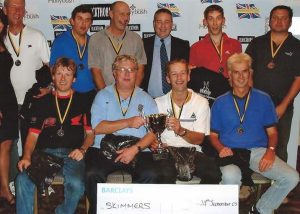 Highest individual score: 82 by Connor Haime of Mrs Browns Boys on alley one at the Colliton Club, 10-11-21

Biggest stick up: 18 by Gina Wakely of Wonder Women on alley one at the Colliton Club, 20-9-21